I’m at PyCon US 2014 in Montréal (a contradiction, right?). Good Pythonistas relish the opportunity to re-join the pack. I’m seated in a row near the front, in a rare mood to look up tutorials for Emacs Org mode. Maybe this year, I’ll make that leap to a text editor for grown ups.

A lot is different since Atlanta’s 2011 conference, that was my first time. For one, the tech company booths are so much more sophisticated with their branded pre-fab installations, couches, quirky robots and endless supplies of free gadgets. A long-shot from 2011, with its folding tables and foamcore posters, which resembled the poster sessions of academia. The truly nerdy attendees look a little lost. But I’m not reading into it that much, I let my inner net-skeptic go to sleep. 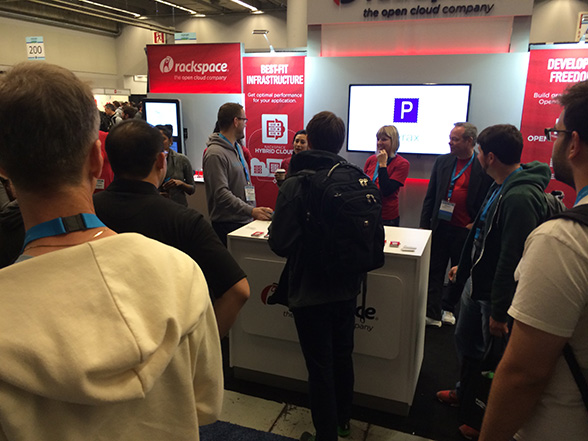 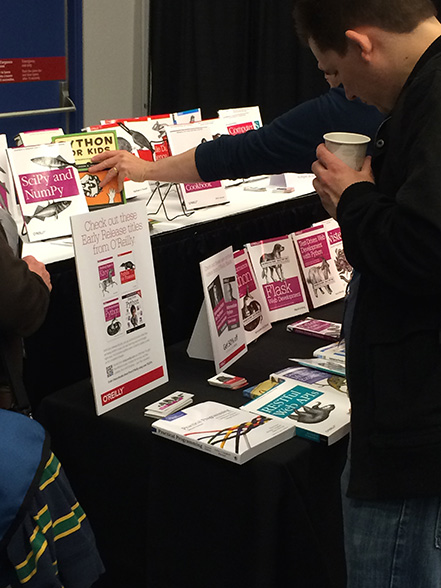 From Alex Gaynor’s talk Pickles are for Delis, not Software, I learned that pickle, from Python’s standard library, is actually a stack machine. When an object is serialized via pickle, what’s actually being saved is the instruction set to recreate that object. This is a very different approach than what’s used with msgpack or JSON, and ultimately, is disadvantageous according to Alex.

John Perry Barlow, founder of the Electronic Frontier Foundation, said in his charismatic keynote, “there’s something naturally liberating about the internet”, and that he detests the “generification of everything”, as do I. But his perception of the Python community seemed a little off. We’re important because we’re “building the plumbing”, he said. My gut reaction is that this metaphor doesn’t speak truly to the role of software in modern-day infrastructure—something to ponder after the conference.

Everyone should check out Gary Bernhardt’s talk The Death of JavaScript once a video is available. It is a masterwork of science fiction. Thank you for using the term KLOCS in your slides. Gary showed us Chrome for Mac running a Windows version of GIMP, and all that running inside Firefox. I think this actually happened.

I’m really looking forward to It’s Dangerous to Go Alone: Battling the Invisible Monsters in Tech. I’ll be back tomorrow with more recap. 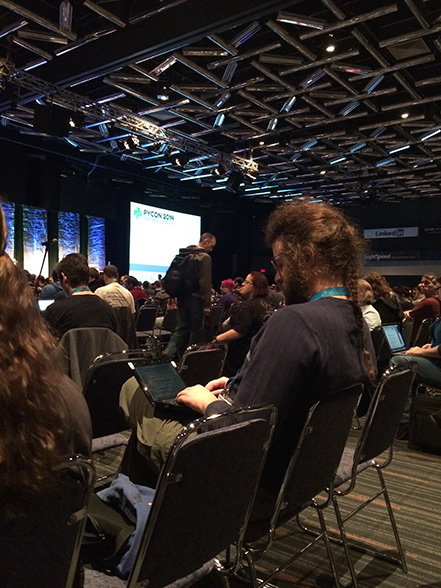